Ski biography of Sergey started 45 years ago, when he was a 5-year-old boy. After his first run from a small hill he realized that it was the best thing he had ever done and all he wants to do going forward.

Since that moment his whole life was devoted to skiing. Professional athlete career, undergraduate studies at the department of sports and physical education, best coaches who have raised the winners of the World Cup, Sergey used every possible resource to improve. First years of coaching reinforced his belief that comprehensive training programs that targets physiological processes in the athlete’s body as well as tactical and psychological training produce best results and develop strong foundation for developing athletes. 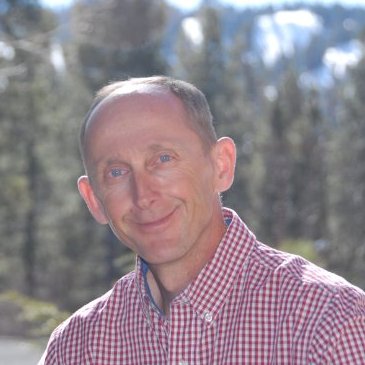 But in 1997 due to severe economic crisis in Russia Sergey’s dreams to create best training facility in the region faced imminent collapse. All sport schools in the country were closed. People were extremely short of money. It was not easy but anyway we made a decision – instead of leaving the athletes, who also were missing their dreams we decided to open a private sport school. The task was more complicated than we had thought before. We had to organize business campaigns to maintain and develop the ski school at their expense. For this purpose Sergey has passed numerous workshops, including University of Alaska Anchorage.

In 2003 we decided to launch a ski cross department at the ski school which was considered to become a perspective one. By that time we already owned the small ski complex and could afford such an experiment. Next season the popularity of ski cross among athletes had grown so much that we decided to shift to ski cross direction at all. And in 2004 we organized the first national ski cross competition at our complex.

Ski Cross demanded from us the special attention to safety and skiing technique. For that purpose we have done numerous researches and tests. For 4 years Sergey was studying in Ski Austria Academy, learning the most modern techniques of skiing and methods of coaching. As a result we have developed the range of programs for ski crossers of different ages.  Scientific approach and systematization of training process along with development of unique summer training program demonstrated their superiority over other systems very soon. Our male and female athletes achieved first places at the National Cups and National Championships of Russia, and also became winners and awardees of NAC – North-American Cup 2013.

However, the athletes from non-government sport school have been blocking in all possible ways. It was not allowed for them to perform at competitions even despite their high achievements while enrollment to the national team. Sergey’s appeals to pay attention to the modern techniques of training only irritated Moscow officials. In 2013 they tried to shift Sergey from a Chief Ski Cross Judge to an ordinary judge on World Cup in Sochi, and only thanks to initiative and efforts of FIS representatives he was returned back to managerial position. But after competition, it was announced that they have no need in people who are outside the Russian State System and that Sergey will not be a Chief Judge at the Olympic Games in Sochi as it had been initially decided.

After analyzing of all his activity, Sergey has realized that it is not possible to develop and to build future of ski cross in Russia anymore. The most appropriate for this purpose looked the nature and mentality of the USA. It seemed incredible to leave everything. To dive into uncertainty again and to start from scratch having family with three children is not an easy step.

Now we have immigrated to the USA and are ready to realize the dreams and to build the excellent sport structure, to raise the strong world athletes and to make the USA an indisputable leader in ski cross.